The city of Virovitica in Croatia is located near to the Hungarian border. Its water works company Virkom serves approximately 20.000 people daily with drinking water. In order to assure required European potable water standards, Virkom decided in 2008 to replace the existing old sand filtration units (total flow rate approx. 320 m³/h) by new ones.

After 30 years of operation the old sand filtration units with carbon steel piping faced severe corrosion and incrustation problems. In order to secure the drinking water supply Virkom had to react. First it was planned to install stainless steel pipes and valves for the new filters. Croatian long term GF Piping Systems partner PTMG convinced both end customer and engineering company of the significant advantages of plastics versus a metal piping solution. PTMG suggested to split up the project in two phases in order to prove the liability of PVC-U products. In a first step three of the sand filters have been executed in 2008. Due to the high quality and simply to install GF solution Virkom decided in 2010 to do the remaining six filters with PVC-U products from GF as well. Having made good experiences with GF Piping Systems Virkom decided in 2012 to execute a third extension phase of the plant with additional five sand filtration units in PVC-U as well.

Main benefits for the customer 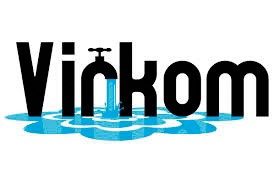 GF Piping Systems develops and manufactures trendsetting products and systems, used all around the world.