GF Piping Systems Seewis is celebrating its 50th anniversary as a high-tech plastic valve and actuator manufacturer. In the last 50 years, the team at the factory has pioneered many firsts thanks to its passion and innovation, transforming and leading the plastic valve industry sustainably.

Thanks to the great progress in production technologies, automation, and robotization, the company produces on a high standard of quality. It offers highly skilled jobs in automation and information technology, plastics technology and polymechanics.

Find out more about one of the most modern GF Piping Systems factories in the world, its employees, and the products produced in Seewis.

It all started back in 1967, when Giuseppe Kaiser, then Chairman of the Board of Directors of Georg Fischer, and Dr. Ulrich Gadient, Member of the Council of States for the Canton Graubünden, served in military service together. It was on a "foggy morning at the edge of the forest" that the two of them came up with the idea of promoting the economy in the mountainous canton of Graubünden.

Four years later, on 1 March 1971, the factory in Seewis started its first production to supply the emerging EFTA markets.

On March 24th, 1970, GF Piping Systems received the building permit for the plant in Seewis, creating 64 new jobs for the region. The new plant was to supply the emerging EFTA markets.

1971 – Official opening of the plant in Seewis

On March 1st, 1971, production starts with around 30 employees. Six months later, on September 3rd, 1971, Georg Fischer Plastik AG was officially opened in Seewis by the Canton of Graubünden in the presence of numerous public figures.

With the Ball Valve 346, GF Piping Systems sets new standards for product diversity: the ball valve can be installed radially with real screw connections, a wide range of materials, and connection options. It is easy to maintain and the first of the x46 series.

The piping system "SYGEF® HP" made of the material PVDF (polyvinylidene fluoride) is successfully used for the transport of high-purity media. The utmost cleanliness is the top priority during production. This also includes cleanroom facilities, i.e., demarcated rooms or areas where the particle concentration in the room air is kept under control.

In February 1994, component assembly of the ball valve type 346 is started, other types follow.

Georg Fischer Plastik AG celebrates its 25th anniversary. The company's history began in 1967, when Giuseppe Kaiser, then Chairman of the Georg Fischer Board of Directors, and Dr. Ulrich Gadient, Member of the Council of States for the Canton of Graubünden, were on military service together. It was on a "foggy morning at the edge of the forest" that the two of them came up with the idea of developing the economy in the mountainous canton of Graubünden.

Thanks to the modular concept, the combination with the Ball Valve 546 opens up a wide range of possible variants. Standardized interfaces guarantee problem-free installation on any standard valves.

2010 – Introduction of the new generation of diaphragm valve 5 Series

With the pressure regulating valves, GF Piping Systems expands its assortment with a new type of valve. Thanks to a sophisticated cartridge design and the unique all-plastic design, the valve is flexible and easy to maintain.

The smart version of the standard drive is clearly visible and can also be configured, controlled, and diagnosed via an app. This confirms once again that GF Piping Systems is at the forefront of innovation, even when it comes to new technologies.

It was developed in close cooperation with customers:
The new generation with lockable lever, data matrix code, and modular design as standard makes the ball valve permanently fit for the future.

Butterfly valves made of plastic have already proven to be superior to metal butterfly valves in almost every respect, thanks to higher corrosion resistance and lower weight. Now GF Piping Systems launches a new generation that also beats metal in terms of cost-effectiveness.

Our latest innovative products, produced according to our high Swiss Quality Standards in Seewis, Switzerland

Protect your water distribution network from excess pressure and reduce leakage rates and pipe bursts. NeoFlow is a state-of-the-art technology for pressure management that can prevent your pipes from over-pressurizing while delivering accurate, stable flow and increased flow capacity to utilities.

The new Butterfly Valve 565 is the best choice for optimizing piping systems built for water applications and a wide range of other applications. This new generation of valves comes at a significantly lower initial cost and will save even more thanks to its lower static weight, requiring less energy for both operation and transportation. Installing the Butterfly Valve 565 is quick and easy, and thanks to its extremely high durability, it will be almost maintenance-free during its long service life.

Meet the people behind our products

Michael Kasüschke, originally from Germany, has been working at GF Piping Systems for 11 years. He takes care of the 1'000 tons of material used in production every year and likes his job's flexibility and diversity.

Living in the village next to Seewis, Roman Hefti started 20 years ago as a temp for GF Piping Systems and is now leading a team of five people. Precision is very important, not only in his job but also when pursuing his hobby of painting.

Luzius Flütsch is a highly specialized plastics technologist and happy at GF Piping Systems in Seewis for 28 years. Interested in technology, chemistry, and physics, this job was his destiny. What he used to do in 2 hours some years ago takes him today only 10 minutes.

Marco Giger, the automation technician, has been working for GF Piping Systems in Seewis for 18 years, teaching injection molding optimization. In his personal life, he would love for all the tedious household work to be automated.

Urs Hassler began working at GF Piping Systems in Seewis 36 years ago on a lathe and as a forklift driver. Nowadays, he inspects measurements and likes the broad responsibility that is part of his job.

Patrik Schuler, originally a trained motorbike and bicycle mechanic, has been working for GF Piping Systems for six years. He is proud to be responsible for the testing of the new butterfly valve 565.

Mina Besic, originally a seamstress from Bosnia, has worked for GF Piping Systems for more than ten years. She mounts actuators for the new Butterfly Valve 565.

She started her career as a butcher when in 2005, Sonja Maier found her new challenge with GF Piping Systems as logistics and warehouse manager. She enjoys working with her team and her role's diversity.

A selection of our portfolio produced in Seewis

Beats Metal in every round. Lightweight, highly reliable and cost-effective.
Show more 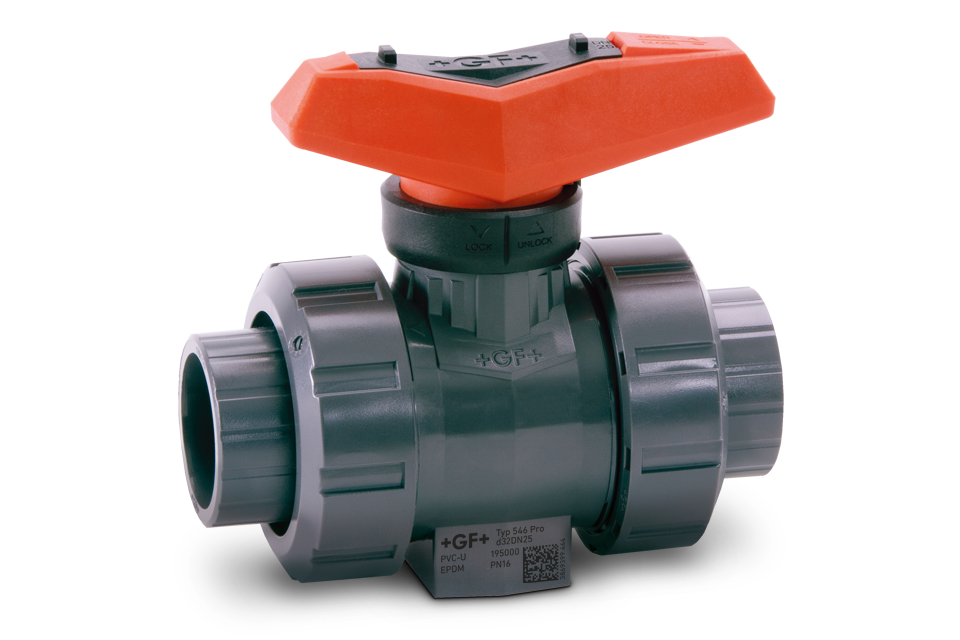 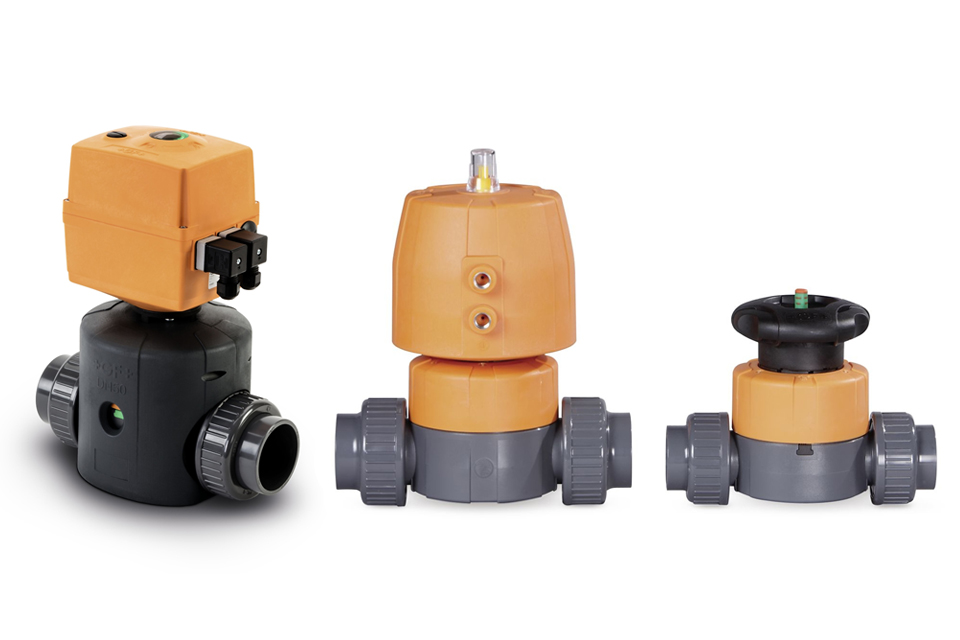 Intended for use in numerous applications from chemical processing to water treatment, GF Piping System offers a wide range of diaphragm valves. This includes manual, pneumatic and electric operation combined with all plastic and diaphragm materials.
Show more

Pneumatic actuators are an economical solution for installations with a high number of actuated valves. They are fast, adjustable and have a fail-safe mode.
Show more 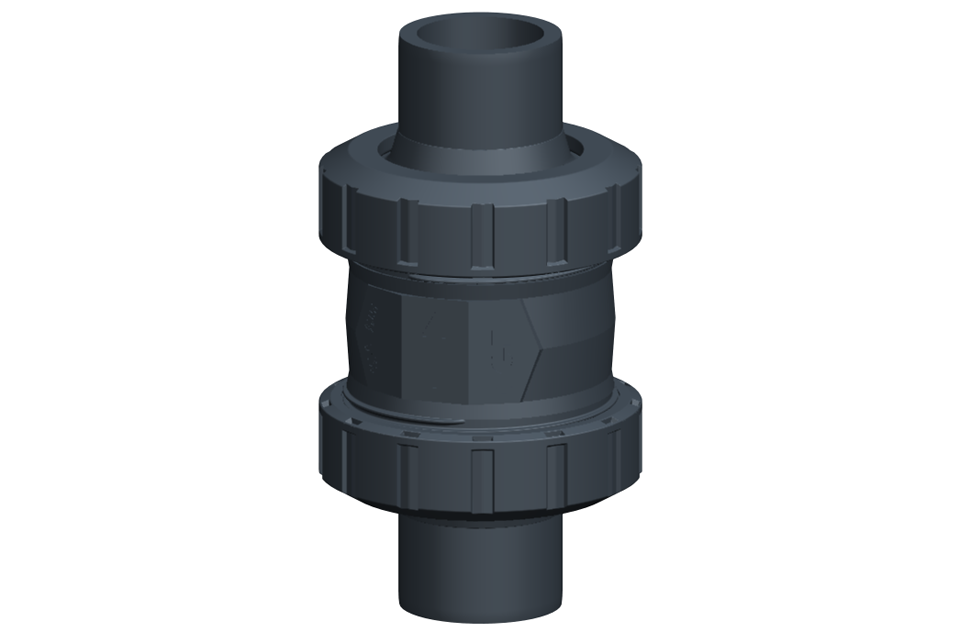 The Cone Check Valve 561/562 is designed to prevent the backflow of media into sensitive systems. This valve minimizes pressure loss and comes with a special seal to guarantee leakproof operation.
Show more